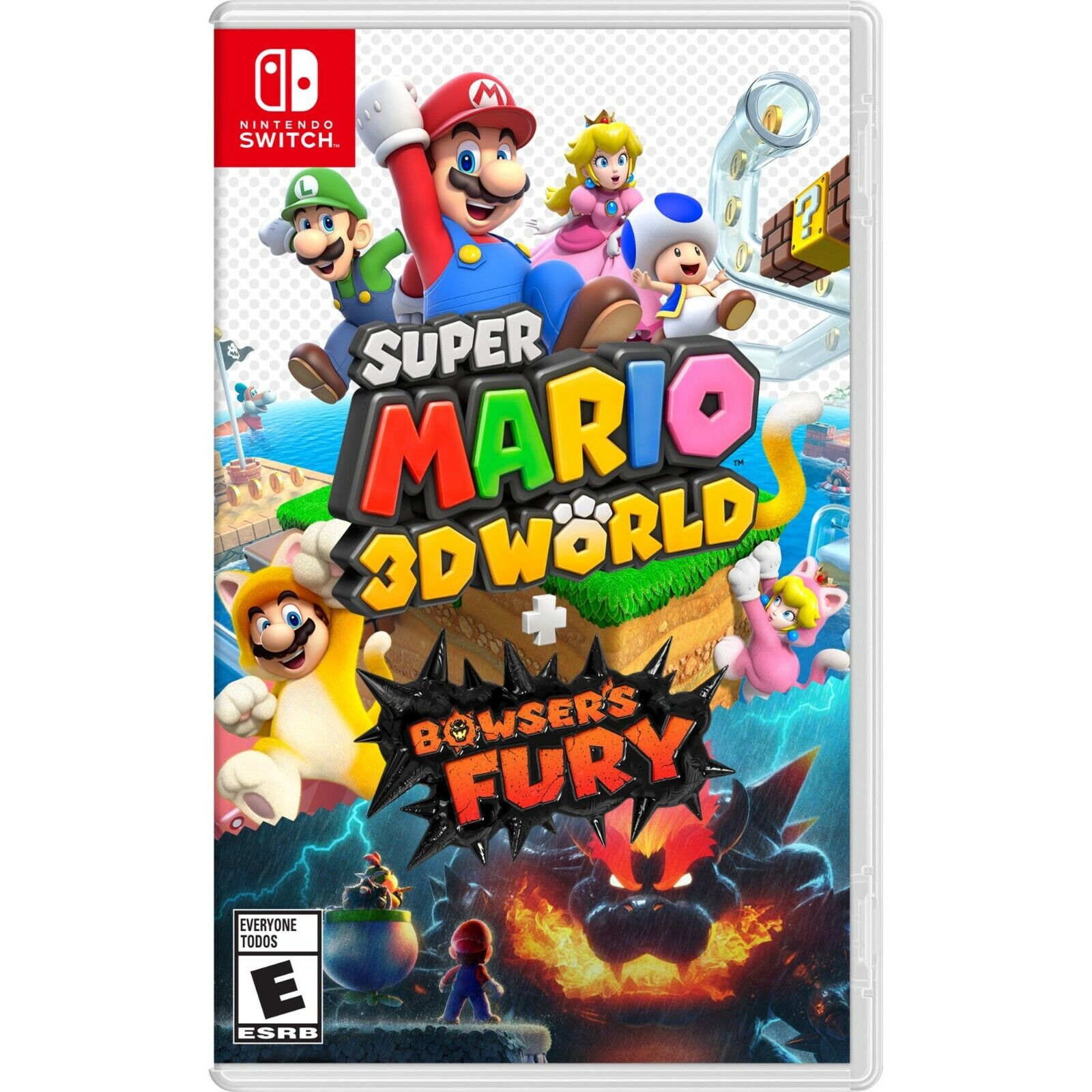 Super Mario 3D World + Bowser’s Fury – Nintendo Switch, 100% factory sealed!, we will be also sending you a 16gb Flashdrive 100% for free (You may receive the game sooner than the flash or Vice versa)

Power up, team up, one up to save the Sprixie Kingdom!

Pounce and climb through dozens of colorful courses! Mario (and his friends) can use a variety of power-ups like the Super Bell, which grants catlike abilities like climbing and scratching. Team up with up to three other players locally* or online** to reach the goal and see who can get a high score.

Explore a seamless feline world in the new Bowser’s Fury adventure
Free-roaming Super Mario gameplay makes a return in this brand-new adventure. Bowser has become gargantuan and lost all control! Explore Lake Lapcat and its islands, complete objectives to collect Cat Shines, and team up with Bowser Jr. to bring his big, bad dad back to normal. Just watch out for Bowser’s island-wide attacks.

New and improved features pounce in
The Super Mario 3D World + Bowser’s Fury game features the same great co-op gameplay, creative levels and power-ups as the original game, but with added improvements. In the Super Mario 3D World part of the game, characters move faster and the dash powers up more quickly. Both adventures support the newly added Snapshot Mode – pause the action to get the perfect shot, apply filters, and decorate with stamps!

Features
Enjoy two Mario adventures solo or with friends*
In Super Mario 3D World, choose a character—each with distinct playstyles—as you dash and climb through dozens of colorful courses, collecting Green Stars and power-ups along the way
Super Mario 3D World can be played locally* on the same system, via local wireless, or online** with up to three other players for cooperation…and some friendly competition
In addition to added multiplayer options, the Nintendo Switch version of the Super Mario 3D World game has been improved with faster character speeds and more
Explore a seamless feline world in Lake Lapcat, complete objectives to collect Cat Shines, and defeat a giant Bowser in the new Bowser’s Fury adventure 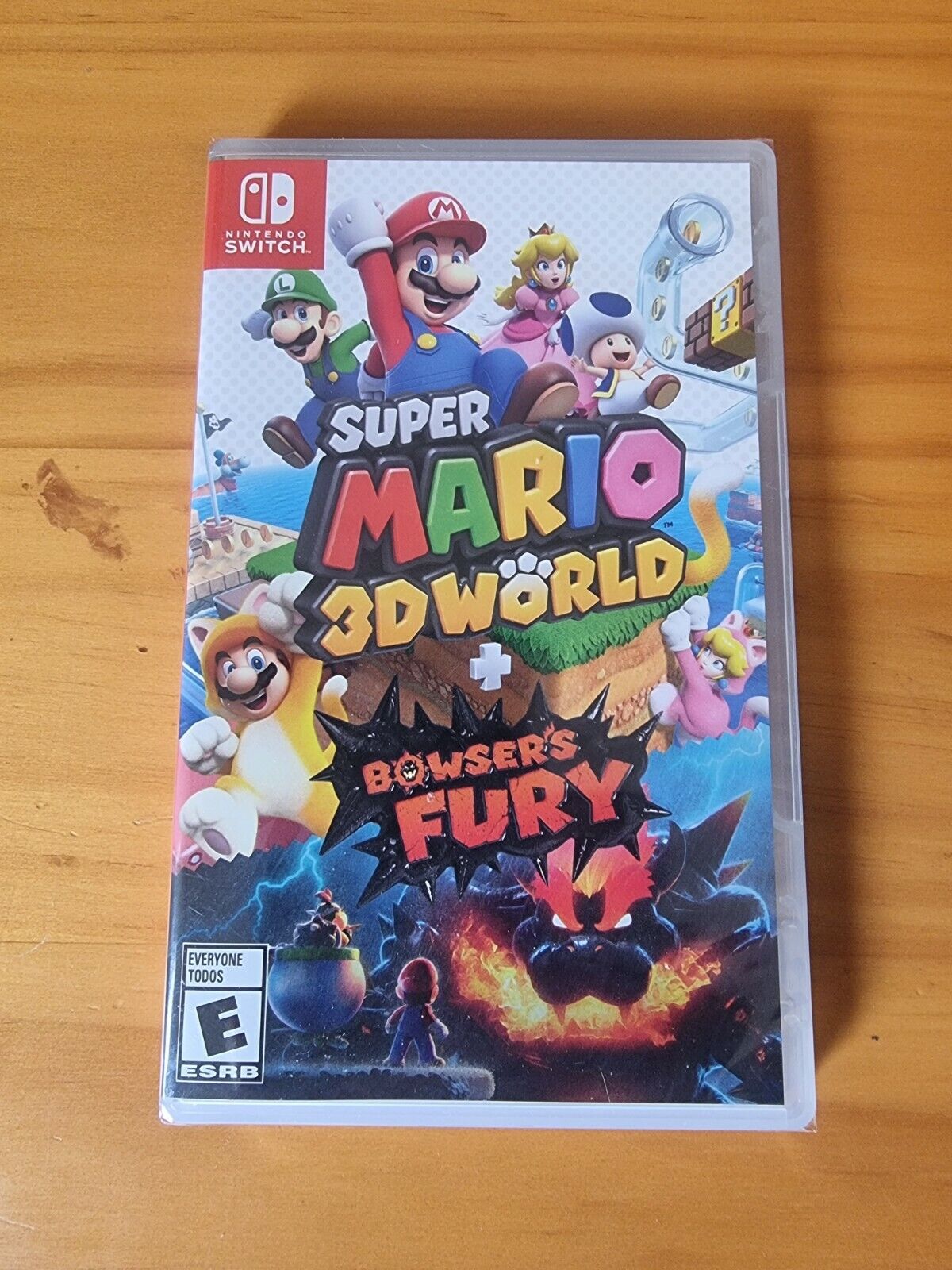 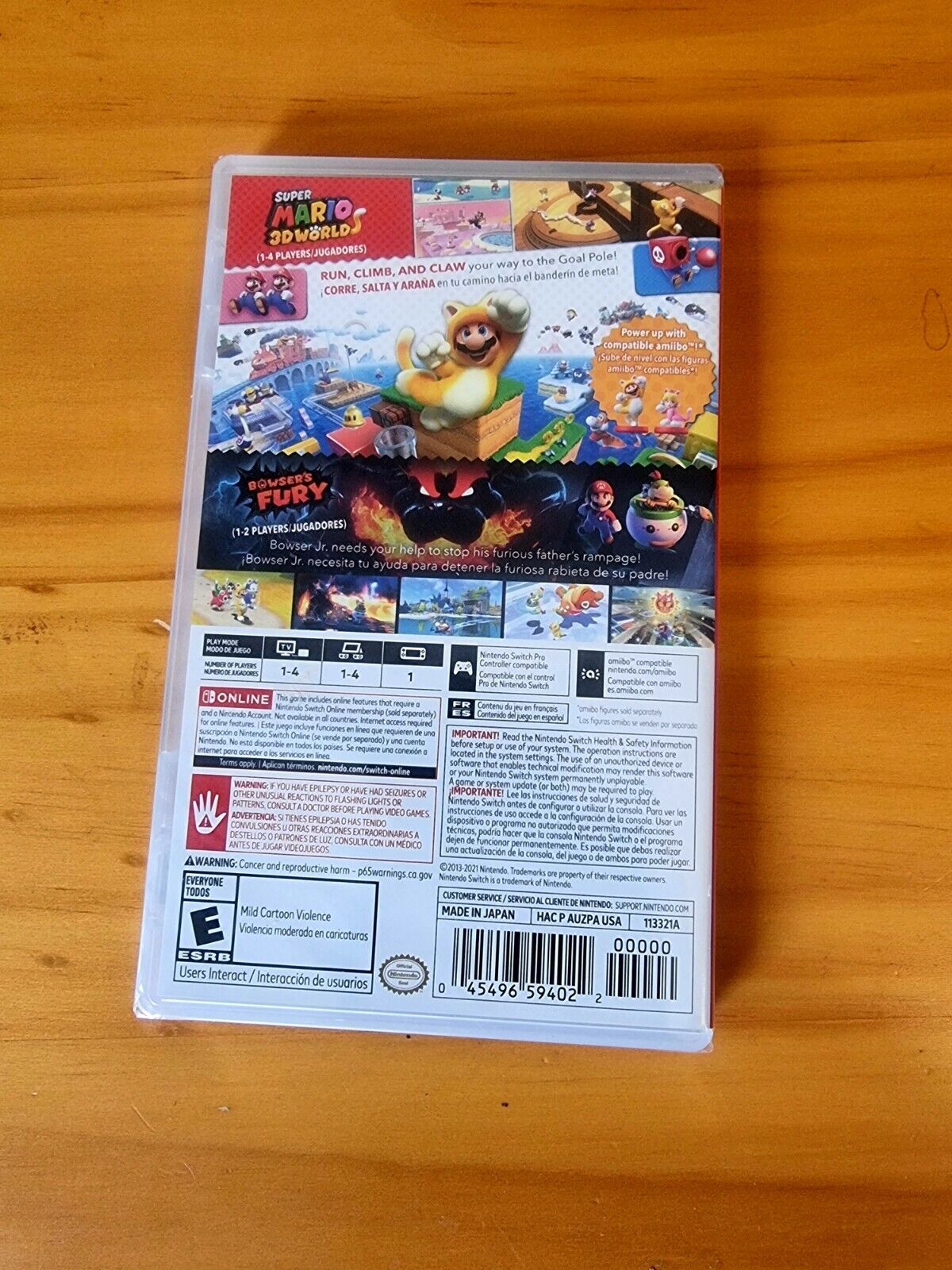 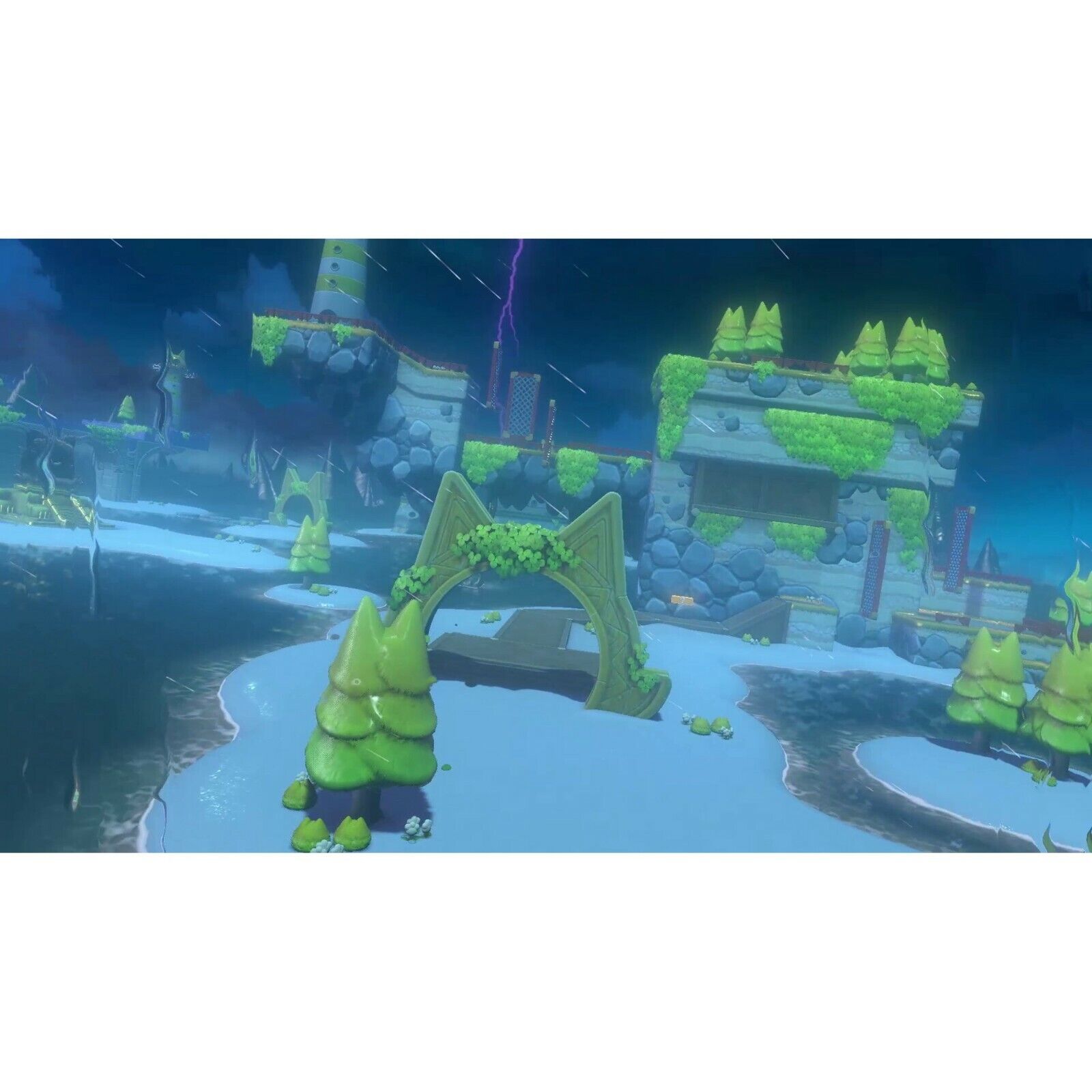 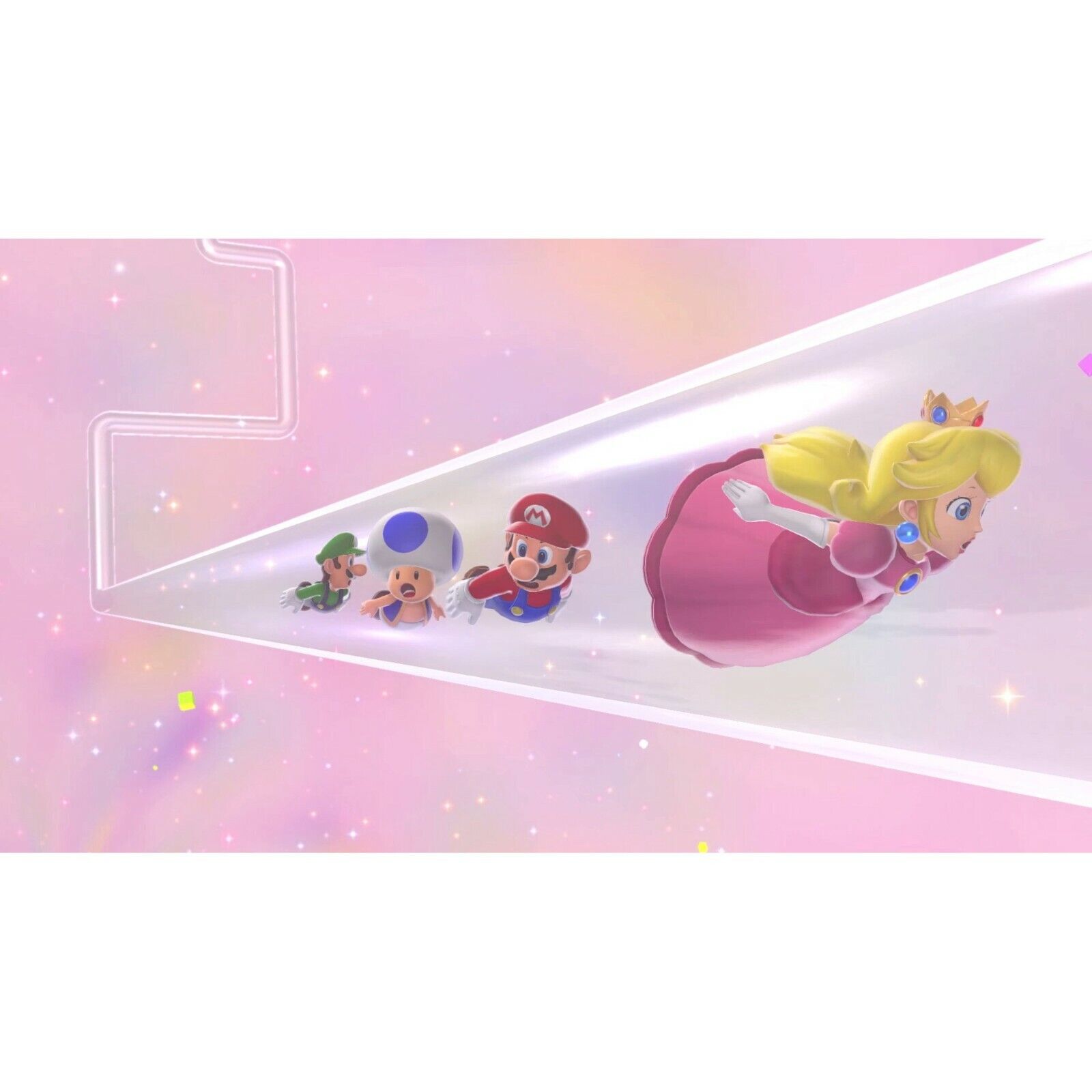 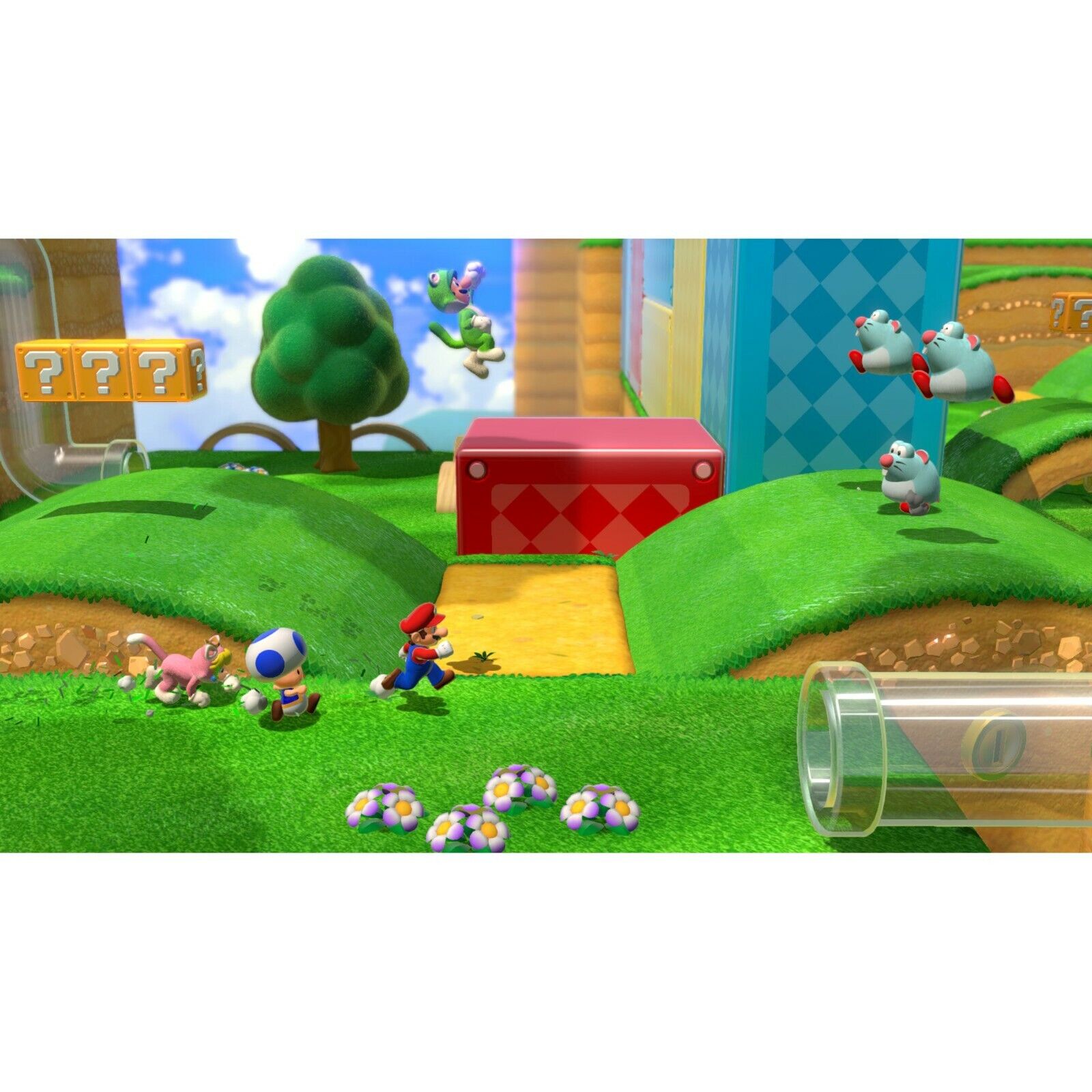