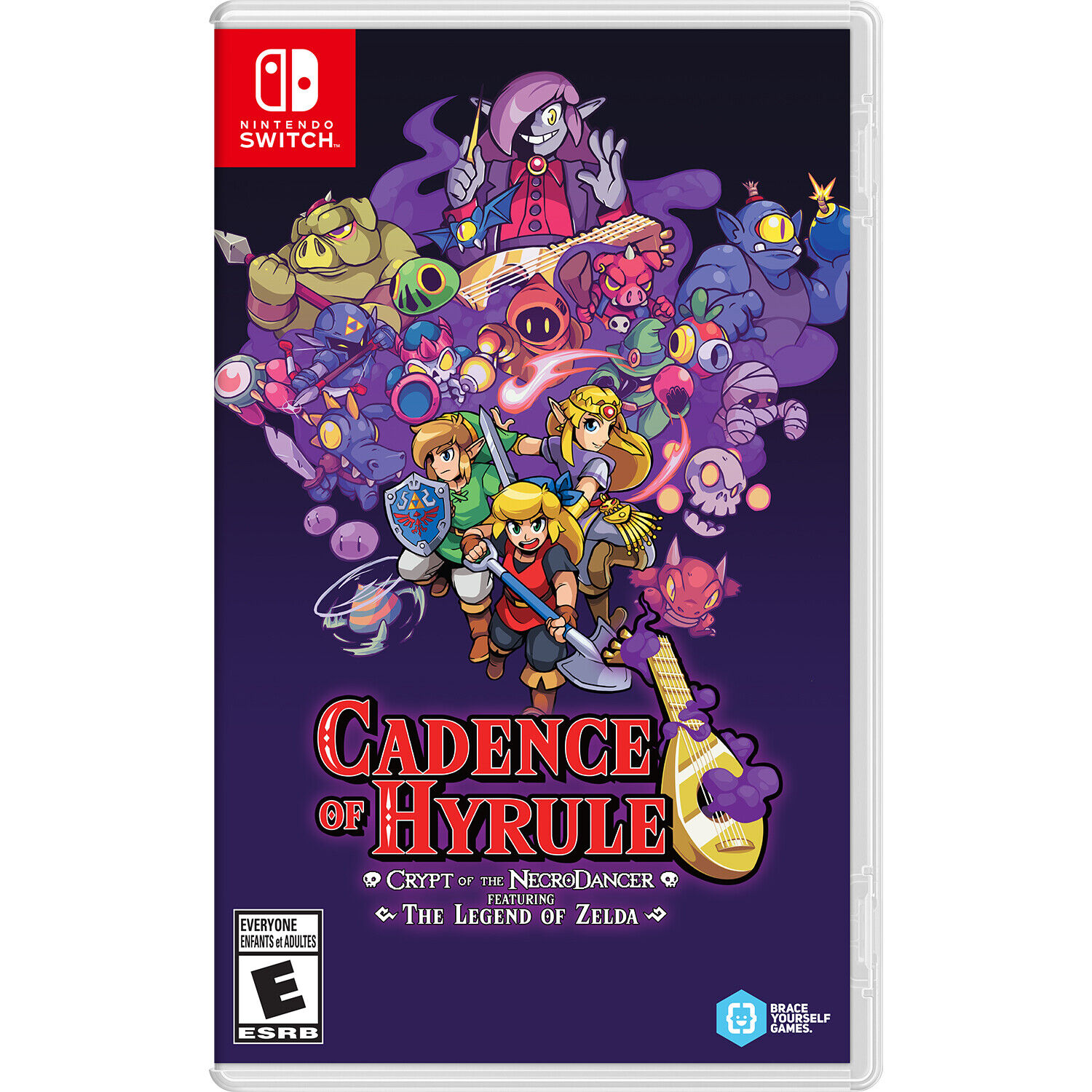 Keep the beat as you save the world of the Legend of Zelda series in this rhythm action-adventure game! Explore the randomly generated overworld and dungeons on a quest to save Hyrule. Use a combination of iconic Legend of Zelda series items and spells from the Crypt of the NecroDancer as you learn and react to enemy patterns. Stay one step ahead of each enemy and boss…or face the music. Coordinate your moves and attacks to foot-tapping, head-bopping Legend of Zelda remixes

Every beat of each remixed The Legend of Zelda tune is a chance to move, attack, defend, and more. There are 25 remixed tracks in the base game, but you can look forward to 39 more songs with the included DLC! The included DLC brings a crescendo of content—characters, music, modes and more This version of the game comes with all 3 DLC packs! Five additional characters, 39 new remixes, newly added modes and a brand-new story featuring the mischievous Skull Kid are all included

Game Variation:
Actual product received could be slightly different than what picture shows. To clarify the main photo may show the standard edition but you could actually receive the Greatest Hits, Platinum or a store specific version e.g. Walmart exclusive or Best Buy exclusive.

Game Manuals
Certain publishers have opted not to include physical manuals. If you do not find a manual please visit the publishers website for a digital version.